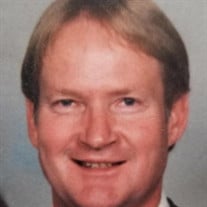 William “Bill” Hampton Doebele, 69, of Shamrock died Saturday May 8, 2021. Memorial services will be 10:00 a.m. Friday May 21, 2021 at Shamrock United Methodist Church. Elbert “Elmo” Neal Wright was born December 27, 1951 in Harris County to Lena Lee Smith and Lesley Jack Wright. Around the age of 5, he was placed in Waco State Children’s Home with 4 older siblings. About a year later he was adopted by Frances Carolyn Hampton and William Doebele, who also had adopted his 2 younger sisters the year before. His name was changed to William Hampton Doebele and moved to El Paso. He graduated Eastwood High School in El Paso, and attended college at Sul Ross and UTEP. Bill married Debbie Janssen on May 17, 1975 in Panhandle, Texas. He continued his education at San Jacinto College in Pasadena and then graduated from Texas Chiropractic College in May 1981. Dr. Doebele moved his family to Shamrock in September 1982, where he enjoyed working as a chiropractor and getting to know and love small community people. He enjoyed riding his motorcycle until having an accident resulting in spinal cord injury in 2001 and then had a stroke in 2003. He had been a member of Shamrock United Methodist Church and had served on the church council, taught Jr. High Sunday School, and helped with VBS. He was involved in Boy Scouts and assisted two of his sons to get their Eagle Scout Badge. Music was his passion and he was self taught guitar player. After about 40 years, in December 1995, an investigator was able to reunite the siblings that had been separated by adoption and he was able to get reacquainted with his older siblings. He was preceded in death by his parents, a brother, and 2 sisters. He is survived by his wife, Debbie Doebele of Shamrock; his sons David, Daniel, and Dylan; his daughter Michelle; 2 sisters Linda Mowery of Ft Wayne, Indiana and Mary Lee Stropes of Booneville, Arkansas; and brother Lester Wright of Kansas City, Kansas; and 5 grandchildren

The family of William "Bill" Hampton Doebele created this Life Tributes page to make it easy to share your memories.

Send flowers to the Doebele family.