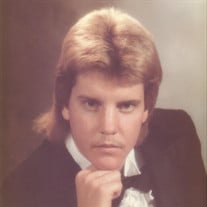 Stephen Leon Cruze, 53, of Memphis died on Tuesday, March 17, 2020 in Memphis. Graveside services will be Wednesday, March 18, 2020 at 4:00PM in Fairview Cemetery with Jim Dixon and Philip Hancock officiating. Arrangements are by Robertson Funeral Directors of Memphis. Stephen was born on July 21, 1966, in Memphis, Texas, to Arnold and Karolyn Cruze. Stephen was a lifelong resident of Memphis. He was a 30-year member of the Memphis Country Club, loved golf, flying model airplane and drones. He also enjoyed fishing and going to air shows. Stephen was a member of the First United Methodist Church in Memphis where he worked for 10 plus years and continued to volunteer there after he left his position. Stephen also worked as a drafter for survey company in Amarillo which he enjoyed as well. He was preceded in death by his grandparents, Elwin Johnston, Papa Doris Henson, and Elmer and Elsie Cruze. Survivors include his parents, Arnold and Karolyn Cruze of Memphis; son, Mavrick Cruze of Austin; sister, Patty Smith and husband Kent of Stroud, Oklahoma; mother of his son, Dora Lomax of Childress; aunt, Juanita Bradford of Burkburnett, Texas; uncle, Dan Matthews of Windover, Utah, numerous cousins and his best friends Little girl and Ringo. The family wishes memorial contributions be made to Memphis Preservation Foundation or charity of choice.

The family of Stephen Leon Cruze created this Life Tributes page to make it easy to share your memories.

Send flowers to the Cruze family.