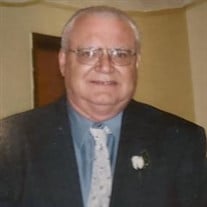 Leslie D. Stafford, age 66, of Quinlan, Texas, passed away on Wednesday, November 24, 2021, in Greenville, Texas. He was born June 17, 1955, in Shamrock, Texas, to Edgar Wayne and Barbara L. Stafford. Mr. Stafford had traveled overseas with his family and began working on drilling rigs and oil tankers in the United Arab Emirates. He travelled to several different countries with his family while they were located there. He also learned to scuba dive from the local crew on the tanker while in the UAE. Les, as he was known to his friends, started working in the oilfield in the United States for Tom Brown Drilling out of Sonora, Texas. He also worked for Amoco Production company in several locations that included Sonora, Colorado City, and Andrews Texas before his retirement after 35 years of service. While living in the Sonora/ Eldorado area, he and his family had a paint contracting business that provided painting services for the surrounding counties. He also assisted the local volunteer fire department by assisting with driving the ambulance when needed. He was preceded in death by his father, Wayne Stafford, and his mother, Barbara Stafford. He was survived by his brothers, David and Lynn Stafford, his sister, Karen Sue Stafford Kresta. He is also survived by his daughter, Joyce Ann Stafford and his son, James Mitchell Stafford, and by 5 grandchildren, Austin, Shay, Hailey, Taylor and Everleigh. Memorial graveside services are scheduled for 2:00 PM Saturday, April 23, 2022, in Hillcrest Cemetery in McLean.

The family of Leslie D. Stafford created this Life Tributes page to make it easy to share your memories.

Send flowers to the Stafford family.