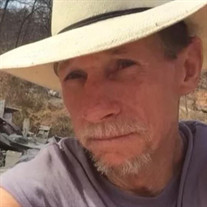 Kenneth “Kenny” Ray Campbell, 64, passed away on Tuesday, December 28, 2021, at his home in Ashtola surrounded by numerous family members. Kenny was born on August 16, 1957, in Clayton, NM, to Raymond Lewis Campbell and Betty Jean (Cooper) Campbell. Kenny grew up in Roswell, NM, and was a 1975 graduate of Roswell High School. The lion’s share of Kenny’s career was in the field of construction where he loved to work with his hands; however, Kenny also truly enjoyed the period of time he spent as a Camp Counselor/Mentor at Woodside Trails of Smithville, Texas. Woodside Trails provided opportunities for troubled youth who needed a second chance at life. Kenny married his wife, Katherine “Kathy” Jones Campbell, on September 30, 1995, in Stinnett, TX. Kenny and Kathy lived in Smithville, TX, (outside of Austin) for the last 20 years before recently moving to Ashtola in June to be closer to family. Outside of work, Kenny’s passion for his Dallas Cowboys and Texas Longhorns was only surpassed by his love for hunting and fishing. Any and all of his spare time was spent outdoors where among many things he took pride in continually perfecting his grilling and or “smoker” skills to share with his friends and family. He is preceded in death by both of his parents. Kenny is survived by his wife, Kathy Campbell of Ashtola; older sister Mitzi (Campbell) Davis and husband Sam of Roswell, New Mexico; younger brother Russell Campbell of Plano, TX; uncle, Johnny Cooper and wife, Janet, of Clarendon; aunt, Mary Johnson of Clarendon; 3 nieces, Russell’s two daughters, Brooke and Heather Campbell, and Mitzi’s daughter, Aerilynn (Davis) Mathews; 1 great niece (Kroslynn) and 1 great nephew (Lane) belonging to Aerilynn; and 5 cousins, Donnie Edwards, Scott Carroll, Denise Higdon, Roy Dale Cooper & Shannon Cooper. Cremation and arrangements are by Robertson Funeral Directors of Clarendon. In Lieu of flowers, Kenny’s wife, Kathy, requests donations to the ALS Association (www.ALS.org) and would also like to publicly thank Kindred Hospice care for the excellent care and love displayed to Kenny and the balance of the family. There will be no memorial services at this time. The family will have a Celebration of Life at a later date.

The family of Kenneth "Kenny" Ray Campbell created this Life Tributes page to make it easy to share your memories.

Send flowers to the Campbell family.