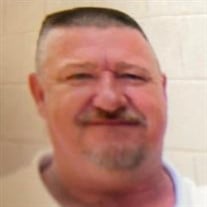 John Henry Ferkins Jr. was born on May 3, 1955 to John Henry ferkins Sr. and Pauline Marie Smith in Oklahoma City Oklahoma. He spent most of his early years of life as a truck driver and then became a jack of all trades in construction. He... View Obituary & Service Information

The family of John Henry Ferkins Jr. created this Life Tributes page to make it easy to share your memories.

Send flowers to the Ferkins family.