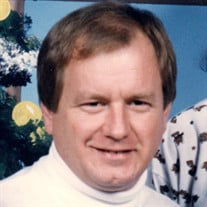 James Kirby Clark, 59, of Memphis died Wednesday, August 11, 2021 in Childress. Services will be 2:00 PM Monday, August 16, 2021 in the First Baptist Church in Memphis with Rev. Anthony Knowles, officiating. Burial will follow in Fairview Cemetery in Memphis. Viewing will be held Sunday at the funeral home. Arrangements are by Robertson Funeral Directors of Memphis. James Kirby Clark was born in Memphis, Texas to Robert E. Clark, Jr., M.D. and Martha Lois (Marty) Uebersetzig Clark on September 29, 1961. He graduated from Memphis High School in 1980. He was the Salutatorian of his graduating glass and was Class President. During high school, James was on the varsity football team all four years, was on the golf team, and was the staff photographer for the Annual Staff. James attended Baylor University where he received a Bachelor of Science degree in Computer Science in 1984. Following graduation, James returned to Memphis and worked at Clark Clinic. He subsequently worked at the Hall County jail. At the time of his death, he was working at the Roach Unit in Childress where he had been employed for ten years. James was a devoted father to his son Colin. He had many hobbies in his spare time. He loved electronics and computers and repaired and programmed computers for many people in and around Memphis over the years. He enjoyed target practicing, building and flying RC planes, and was a voracious reader. James had an unending knowledge of military history, aircraft, and ships. James was a member of the First Baptist Church of Memphis. He was a friend to all and his generosity, loyalty, friendship, humor, and love will be sorely missed by his family and friends. James is survived by his son, Colin James Clark of Memphis Texas; two brothers, David Michael Clark and wife Christi of Jacksonville, Texas; Richard Lee Clark and wife Nadia of Spring, Texas; one sister Martha Ann Britton and husband Jerry of The Woodlands, Texas. He is also survived by numerous nieces and nephews. He is preceded in death by his parents, Dr. Robert E. Clark, Jr. and Martha Lois Uebersetzig Clark, and two brothers, Gilbert William ‘Billy’ Clark and Dr. Robert E. ‘Bob’ Clark, III. The family request memorials be sent to the Preservation Foundation or First Baptist Church in Memphis or a charity of choice.

The family of James Kirby Clark created this Life Tributes page to make it easy to share your memories.

Send flowers to the Clark family.