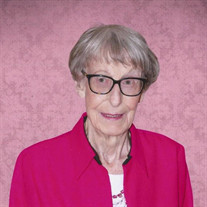 Fay Booth, 91, of Memphis, Texas passed away on February 25, 2021 in Amarillo, Texas. Services are planned for 2:00 PM Saturday, March 6, 2021 at the Church of Christ in Memphis, Texas with Tom Anderson officiating. Burial will follow in Fairview Cemetery, Memphis, Texas. Arrangements are by Robertson Funeral Directors of Memphis. Fay was born January 20, 1930 in Rotan, TX to tenant farmer Hannon Rodgers and his wife Jewel, who were raising eight children at the start of the Great Depression. In 1942 the family moved to Phoenix, AZ. It was in Phoenix where Fay met and fell in love with a young man, Alton Hargrove. They were married in 1945. This union produced a son (Roger) and daughter (Ilene) who were the absolute joy of Fay’s life. After the marriage ended in 1963, Fay packed up her children and along with her parents, moved to Memphis, TX in October 1964. She has been a resident ever since. She met and was married to Joe Booth from 1969 to 1995. Fay worked several jobs in Memphis but is most remembered for her 22 years as the Chief Clerk to the Justice of the Peace for Precincts 1, 2 and 3 in Hall County, retiring in 2004. Fay loved to work in her yard and kept her little house “picture perfect.” She was awarded “Yard of the Month” on more than one occasion. She purchased the lot on the West side of hers several years ago and had the old dilapidated house torn down, had it landscaped and built a beautiful white gazebo which gave the lot a “park” like setting. Fay had an unbelievable capacity to love people. She loved her God, her family, her little community and she loved interacting with all those with whom she had contact. Everyone loved Fay. She took great delight sitting out on her front porch or in the gazebo visiting with anyone who stopped by. She also loved her church family and was a lifelong member of the Memphis Church of Christ. She was preceded in death by her daughter, Ilene Tuey, her parents, 7 brothers and 3 sisters. Fay is survived by a son, Roger Hargrove and wife Puchi of Middleburg, FL; a brother, Chester Rodgers of Memphis, TX; four grandchildren, Danny Tuey and wife Debbie of Olympia, WA; Susanne Festa and husband Johnny of Green Cove Springs, FL; Crystal Taylor and husband Darren of Amarillo, TX; Catherine Wood and husband Christopher of Lakeland, TN; extended family Michelle Tuey Senne, husband Will and their six children of Maricopa, AZ; eight great grandchildren; four great great grandchildren; two adopted (unofficially) sons, Dennis Hamilton and wife Nancy of Tustin, CA; Rip Pratt and wife Katie of Escondido, CA; plus a host of nieces, nephews, other family and friends.

Fay Booth, 91, of Memphis, Texas passed away on February 25, 2021 in Amarillo, Texas. Services are planned for 2:00 PM Saturday, March 6, 2021 at the Church of Christ in Memphis, Texas with Tom Anderson officiating. Burial will follow in Fairview... View Obituary & Service Information

The family of Fay Ilene Booth created this Life Tributes page to make it easy to share your memories.

Send flowers to the Booth family.