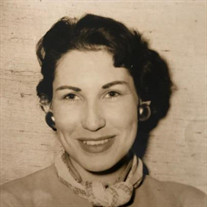 Donna Amanda Lea Dorsett Davis passed away at the age of 85 on Friday, November 13, 2020. The Ole Broadcaster – Princess Running Quail – Ma Donna was a resident and had lived in Memphis the past 34 years before her death. Originally born in Ringling, Oklahoma, on May 19, 1935, to Lee Jefferson and Lillian Elizabeth Dorsett and attended grade school in Duncan, Oklahoma, and graduated high school in 1953 in Midwest City, Oklahoma. Donna moved to Dallas, Texas in 1955 and started a career in broadcasting with WFAA-TV, then on to KABL Radio in San Francisco, California – KFWB in Hollywood and on to Hawaii at KORL in Honolulu. Donna returned to the states with Harold James Davis in tow to KROP-FM in El Paso, Tx, KHOW – Denver, Colorado. And then moved back to Texas in August of 1971 to operate the Doubleday Broadcasting Company from San Antonio at KITE/KEXL. Until the families move to East Texas and more radio in Lufkin at KIPR AM/FM. Donna, husband Hal and the kids, Joe Keith and Brandi Paige moved to Memphis on July 15th 1986 to purchase and operate 105 FM KLSR Donna and Hal’s motto throughout the years at every radio venture was “Bloom Where You’re Planted”. This motto has guided Hal and Donna to do something (lots of things) in and for every community those airwaves reached from saving the symphony in Seattle to the Hospital in Memphis, Donna and Hal spearheaded the cause, the event and the purpose for all to enjoy, survive and preserver. Donna joins her husband Hal and daughter Brandi, along with lots of wonderful friends, family and pets. Left behind is her son Joe Davis of Memphis, Mike Davis of San Antonio, grandson James of New Braunsfeld, daughter Sandi King of Fayetteville, North Carolina and grandkids Carrie, Amber and JD, sister Jo Kemmer 92 of Memphis, grandson Warner Tatum and wife Gabriel and 2 great grandkids Jagger 4 and Maverick almost 2 in Amarillo. Nephew Brad Cavnar and niece Angele and Kevin Banning of Boise, Idaho. Steve Davis and sister Linda of Washington State, along with quite a few special friends. I want to thank those other special people who helped with my mother’s final days from Hall County EMS to the doctors and nurses of the Childress Regional Medical Center, where she took her last breath. Enjoy this special gift of life we’ve been given and “Bloom Where You’re Planted”. It’s the best way to live and give back! This is where the Ole Broadcaster retired and signed off, and thanks for listening!!! Cremation & Arrangements are by Robertson Funeral Directors of Memphis.

Donna Amanda Lea Dorsett Davis passed away at the age of 85 on Friday, November 13, 2020. The Ole Broadcaster &#8211; Princess Running Quail &#8211; Ma Donna was a resident and had lived in Memphis the past 34 years before her death. Originally... View Obituary & Service Information

The family of Donna Lea Davis created this Life Tributes page to make it easy to share your memories.

Donna Amanda Lea Dorsett Davis passed away at the age of 85 on...