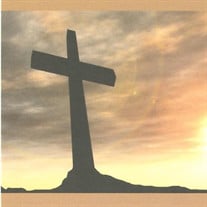 David Martin Lane, 58, of Clarendon died Monday, April 5, 2021 at his home in Clarendon. Graveside services will be Thursday, April 8, 2021 at 2:00PM in Citizens Cemetery Clarendon, Texas. Arrangements are by Robertson Funeral Directors of Clarendon. David was born November 4, 1962 in Canyon, Texas to David and Betty Lane. He married Connie Burnam on October 11, 2012 in Clarendon. David had been a resident of Clarendon most of his life and served his community through his plumbing and electric business for many years. He loved God, family, music, gardening, and fishing. He was preceded in death by his father in 2010 and his grandparents. Survivors include his wife, Connie; mother, Betty Lane of Clarendon; three sons; Tyler Lane of Clarendon, Michael Lane and wife Terry Lynn of Midland and Aaron Reveles and wife Lisa of Peyton, Colorado; two daughters, Brittney Wolfe of Clarendon and Lori Crowell of Claude; a brother Kelly Tunnell and wife Vicky of Clarendon; 9 grandchildren, Jordan, Madi, Joseph, Adeline, Jacob, Blaine, Breanna, Zayden, and Camryn; brother- in-law and sister-in-law, Rick and Connie Burnam of Hedley. The family request memorials be sent to Christ for Kids PO Box 45 Clarendon, Texas 79226 or BSA Hospice Care of the Southwest 5211 SW 9th, Ste.100 Amarillo, Texas 79106.

The family of David Martin Lane created this Life Tributes page to make it easy to share your memories.

Send flowers to the Lane family.