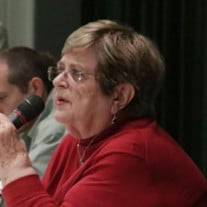 Bonnie Alexander Lesley passed away in Waco, TX, on July 5, 2020, at the age of 79. Bonnie was born on November 24, 1940, in Memphis, TX to Roy and Nettie Phelan Alexander. She grew up in Hedley, TX and was valedictorian of her high school class in 1959. She went on to earn B.A. degree in English at the University of North Texas in Denton, TX, her M.A. in English at West Texas State University (now West Texas A&M) in Canyon, TX, and her doctoral degree in Education Leadership at Baylor University in Waco, TX, where she graduated in 1989. Dr. Lesley was a public school teacher for 17 years in El Paso, TX and a central office curriculum administrator and deputy superintendent for 24 years. Her experience includes time in school districts in Ysleta Independent School District (El Paso), Waco, Austin, Kansas City (Kansas), and Little Rock. For two years, she served as the Associate State Superintendent for Curriculum in Delaware. She has also taught as an adjunct professor at the University of Texas at El Paso (UTEP), Baylor University, the University of Arkansas at Little Rock, Tarleton State University, and Central Texas A&M in Killeen, TX. After over four decades in schools, Dr. Lesley served as President of an educational software company in Waco, TX for seven years. In both her roles in public schools and in her political activities, Bonnie has always been a passionate advocate for equity, diversity, and opportunity for all. She was a founding member of the Texas Women’s Political Caucus, chaired the Texas Women’s Political Caucus, and worked on numerous causes and campaigns to improve the lives and well-being of people. After her retirement, Bonnie continued her passion to improve the lives of children by co-founding an advocacy organization called Texas Kids Can’t Wait! to support increased and more equitable funding for public schools, a system of accountability that would be less reliant upon standardized testing, and opposition to efforts to privatize public schools and state closures and takeovers of local schools. Bonnie is survived by her son Bruce Lesley and his wife, Lisa Lacasse, of Bethesda, MD, her four grandchildren Alexander, Ireland, Aiden, and Jared, her sister Martha Birdwell of Sweetwater, TX, brother Alvin Alexander and his wife Brenda of Hurricane, UT, niece Sharon Newman and husband Mike in Waco, TX, nephew David Birdwell and wife Linda in Santa Fe, NM, niece Carol Abernathy and her husband Mike in Sweetwater, TX, nephew Richard Alexander and wife Sloan in Denton, TX, niece Renee Lesley in Houston, TX, niece Jill Peyton and husband Bret in Gig Harbor, WA, and nephew Greg Alexander and wife Tanya in Fargo, ND. Graveside services will be private on Friday, July 10, 2020, at Rowe Cemetery in Hedley, TX. The family will be having an on-line Celebration of Life at a later date. Arrangements are by Robertson Funeral Directors of Clarendon, TX. In lieu of flowers, her family asks that contributions be made to the Network for Public Education Action, Planned Parenthood, or the Alzheimer’s Association.

Bonnie Alexander Lesley passed away in Waco, TX, on July 5, 2020, at the age of 79. Bonnie was born on November 24, 1940, in Memphis, TX to Roy and Nettie Phelan Alexander. She grew up in Hedley, TX and was valedictorian of her high school... View Obituary & Service Information

The family of Bonnie Alexander Lesley created this Life Tributes page to make it easy to share your memories.

Send flowers to the Lesley family.