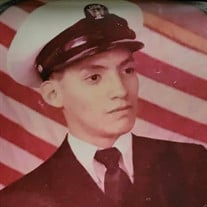 Bobby Lee Holmes, 65, of Shamrock died Friday, January 28, 2022 in Shamrock. Services will be 11:00 AM Saturday, February 5, 2022 in the First Baptist Church in Shamrock with Rev. Gary Thomas and Rev. Mark Howard, officiating. Burial will follow in Bowers Cemetery in Shamrock. Viewing will be held Friday at the funeral home. Arrangements are by Robertson Funeral Directors of Shamrock. Bobby was born September 5, 1956 in Waxahachie, Texas to Ossie Lee and Billie Doris Holmes. He married Kathleen Angton on May 10, 1977 in Shamrock. He was a US Navy and National Guard veteran. He will be dearly missed by his family. He was preceded in death by his parents; and a brother, Kenneth Tallbear. Leaving behind to cherish his memories are his wife, Kathleen Holmes of Shamrock; his children, Rodney Holmes of Dallas, Robby Holmes of Shamrock, LaShiela Holmes of Dallas, LaShanna Jackson of Dallas, Bobby Holmes of Amarillo, and LaShaunda Roland of Pampa; his siblings, Stacey Jacobs of Ratten, Oklahoma, Rodrick Jacobs of Ratten, Oklahoma, David Jacobs of Broken Bow, Oklahoma, Naomi Gomez of Broken Bow, Oklahoma, Leah Cline of Ratten, Oklahoma, Rachael Olvera of Ratten, Oklahoma, and Fredie Tallbear of Wilward, Oklahoma; 30 grandkids; 13 great grandkids; and a host of relatives and friends.

The family of Bobby Lee Holmes created this Life Tributes page to make it easy to share your memories.

Send flowers to the Holmes family.